Founded in 1949 by Rafael Alonso, and the product of generations of winemakers, Bodegas Pardevalles is currently operated by the second and third generations of his family. The estate is located in the village of Valdevimbre in the northwestern autonomous community of Castilla y León. Wine has been made here going back to the 10th Century, and historically the area was an important crossroads of both trade and pilgrimage.

The family’s wines are aged in a subterranean cave that is over 300 years old, which maintains a constant temperature of 12º C and a humidity of 75 – 80%. Their 94 acres of vines are planted primarily with Prieto Picudo and some Albarín, grapes indigenous to the Tierra de León DOP. In fact, the appellation was granted Protected Designation of Origin status in large part due to the unique presence of Prieto Picudo.

This focused cultivation of native varieties reflects Bodegas Pardevalles’ philosophy of a deep respect for the earth while their winemaking focuses on expressing the distinctive character of these rare grapes. The estate has been certified Organic since 2019, and their winemaking beautifully weaves together tradition and modernity. 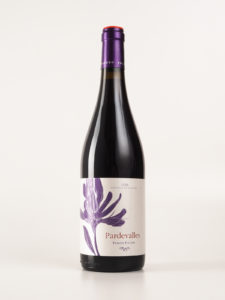